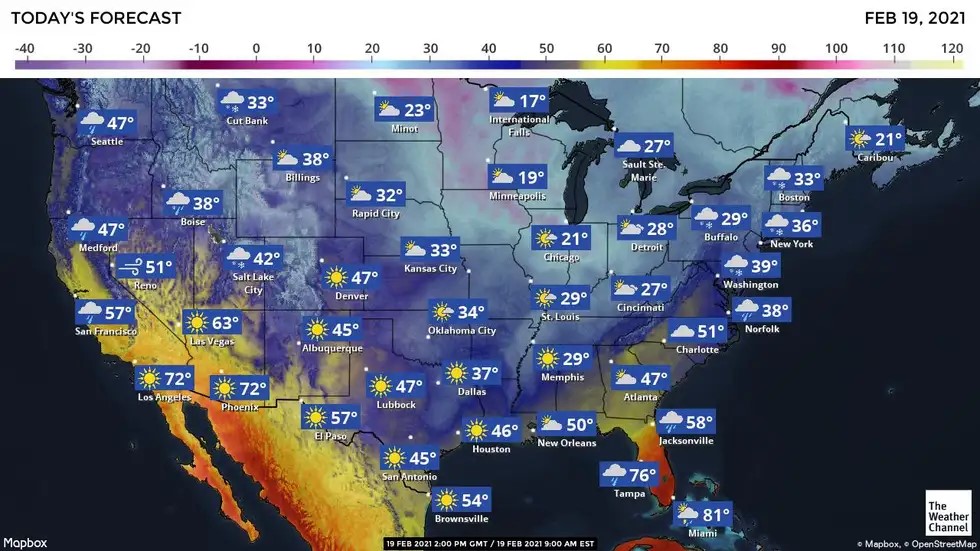 We often joke that Florida loves “Artic blasts,” “polar vortexes,” and “bomb cyclones.”  It seems that the Sunshine State often steals the sunshine and warmth from the rest of the country at some point every year (more typically in Spring).

In the past week, though, it seems that SOUTH Florida has been the only source of heat in the entire country (with the exception of Hawai’i).  It’s been downright frigid everywhere else; even the Panhandle is in the 30s. 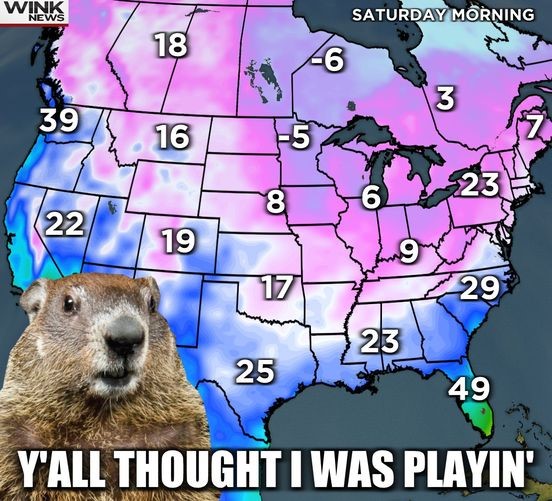 And of course, all eyes are on Texas with unexpected snow and freezing temperatures with terrible complications.

We can only empathize and urge those who can to come to Sanibel.  February average temperatures are in the mid-70s and lows in the mid to upper 50s, but we’ve actually been warmer (80s down to upper 60s).  Humidity is lower than it would be in the summer, so winter days are milder.  And the only white stuff you will see here is SAND.  We do caution that building sand snowmen on the beach is discouraged; we don’t want visitors to get “snow rage.” 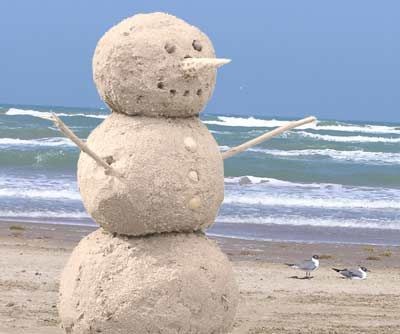 They say March comes in like a lion and goes out like a lamb, but it seems to be the opposite this year, as the latter two weeks are nearly sold out.  So go to our webpage and find your last-minute destination!

Book Direct and Save…and put down that snowball!