As great as Sanibel is, there are also other parts of Southwest Florida worth exploring.  You can simply drive through to Captiva Island, or stop there to take a cruise or water taxi to go beyond to some of the barrier islands.  One place of note is North Captiva (or Upper Captiva, as most call it).  Originally part of Captiva until a hurricane in 1921 (wow, a hundred years ago!) severed the land and created a strait now known as Redfish Pass, about 100 yards long and as deep as 30 feet in some places (There is severe undertow in the Pass, so swimming and small boats are not allowed.).

By the 1980s, commercial electric and phone service had been set up on this island, and vacation homes and condos developed in the northern end (or "Upper Captiva"), while much of the southern half is a wildlife preserve.  Many residences are available to rent through various agencies (Sadly, not Sanibel Holiday.), while others are privately owned.  There are roughly 50 full-time residents.

There are only two ways to get to the island.  Boat (with a marina at Safety Harbor) or by aircraft on a private runway for landowners only.  Supplies are often delivered by barge.  The most common vehicles used are golf carts (homes having chargers equipped), though island maintenance crews have a few trucks.  The island has its own Fire and Rescue Service (uppercaptivafire.org) 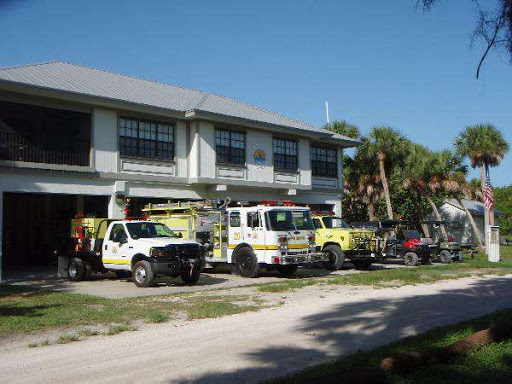 Visitors spending a few days or longer commonly bring their own groceries from Sanibel/Captiva by water taxi (Depending on the length of the stay, multiple trips are often made).  After settling in, the urge to explore the island's nature and community by golf cart is hard to resist.  A favorite spot is watching dolphins at play on the Pine Island Sound side, near the airstrip.  On the Gulf side, many enjoy the surf or would walk down the coast to find an unusual deposit of large shells known as "Conch Heaven."

There is also a fair touch of civilization on Upper Captiva.  Mango's Store is a combination grocery store/deli/gift shop/pool bar and one of FOUR restaurants on the island.  Enjoy their famous Blue Crab Burrito (among other favorites) along with a frosty beverage.  The other eateries are:

The Boathouse - Excellent steaks and seafood overlooking the marina and lagoon.

Over the Waterfront - Enjoy lunch or dinner inside on out on the desk over the water, where you might see dolphins as you dine (but please don't feed them).

We hope you'll get a chance to explore this gem during your Sanibel vacation.  Be sure to ask us about this and other island trips while you Book Direct and Save!